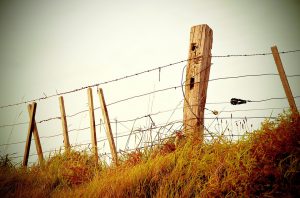 Another trespasser got on the nerves of a kind, patient farmer southwest of Amery. The man drove along a fence line to get to the Apple River just west of Little Falls. Fishing was his goal, and he spent a few hours casting before taking off. But that was where the guy wasn’t so smart. Instead of backing out, he drove a wide arc into the cornfield, half-grown corn, leaving a swath of downed corn.
Jerry Haugerud, the farmer, recognized the driver but wasn’t able to stop him after he left his property. Jerry knew where this guy lived in Amery, so he planned to visit him on his property. It must be told that Jerry was the mildest mannered person you’d ever meet, but all of us have a tipping point. His patience tipped.

Several days later he drove to Amery and onto the trespasser’s lawn, roaring his engine and spinning the tires just a little.
The man came out of his house, angry and yelling, and the two of them exchanged ideas in a bevy of swear words. Luckily nasty words flew but fists didn’t. No reports of the Amery Police mediating the session, and there are no surviving eye witnesses. We can imagine what it looked and sounded like. 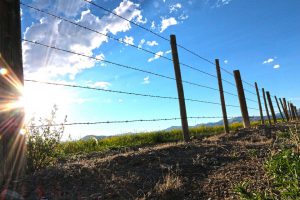 Another True Country Story, But Not Trespassing

Ann A wrote a memory about her mom’s kindness to a stranger. In the late 60s a man with a walking stick came down our dirt road. My Great Depression era mother offered him a drink of water and soon invited him in for a meal. He asked to buy honey my brothers raised and sold, says Ann. The stranger told them his mission was to walk across the country and collect honey along the way.

In my 30s, said Ann, I came across a book about an adventure like this. The photo on the back looked much like him.

What trust my mom had to offer him kindness, and a vivid memory for me from my early years.

3 Replies to “Amery Farmer Gets Even with a Trespasser-II”