Frederic Chopin arranged to have his heart removed after his death because he feared being buried alive. His body lies in a Paris cemetery, but his heart went elsewhere.

Taphephobia is the fear of being buried alive, Chopin’s fear and obsession. When he died at age 39 in France in 1849, he wanted his heart removed. That it ended up in a jar of cognac might not have been his instructions, but his sister Ludwika smuggled his heart past Russian guards and into Poland. In Warsaw the heart resided in a pillar of one of the Catholic churches.

In World War II, another strange twist. A German SS officer knew about Chopin’s heart, and he rescued it from possible bombings and destruction. This officer admired Chopin’s music so much, he felt it his duty to save it. After the war it went back to one of the pillars of this Catholic church.

In 2014 scientists and historians received permission to examine the heart, in a container, taking extensive photographs. Officials exhumed it at midnight, all in secret, and 1000 photographs were taken. No invasive tests were allowed, no snips from the organ for DNA testing; it stayed sealed in the container, and in fact they placed hot wax around the edges to safeguard it for the future.

The conclusion was as expected, that he died of tuberculosis, sometimes called consumption, and the sack around the heart lacked structure. This was called pericarditis. The heart they viewed was enlarged and floppy as well as frosted white. Heart specialists at the Mayo Clinic in Rochester, MN, examined the photos and rendered their opinion.

Chopin remains a hero and the Polish people are proud to claim them as their own. 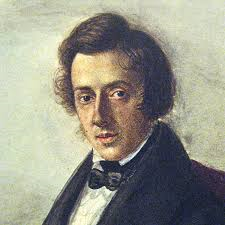 Now for a me me me addition. In 2011 at Mayo Clinic/ Hospital I had a heart operation, and one of the procedures was removing the pericardium, the heart sack.

For more on this topic, search under Chopin’s heart examined or similar search words.