When I looked around the living room, I saw the plants had frozen and lay there, an ugly, limpy brown. The wood fire roared in the little, decrepit stove but threw off little heat. Phoebe Munson huddled near it in her winter jacket.

Saturday morning, the day before Christmas, and we were delivering eggs to the Munsons, a weekly ritual.

We had a tough time starting our ’53 Chevy panel truck even though dad had taken the battery in overnight. He strapped it in and the engine turned over slowly, growling reluctantly. Arctic hats and thick gloves felt just right. We dressed in layers, puffing out our words in steamy breath as he drove to the Munsons.

We drive to the Munsons

“About 20 below,” Dad said. The winds from the direction of Gorres’ farm to the north pushed the panel truck back and forth.

The Munsons lived two miles from us east of Amery. Viktor, a wounded WW II vet, tried eking a living from his 40 acre farm and did handyman work where and when he could.

Smoke poured from their simple brick chimney, and Gustavus their Husky greeted us not with a bark but with intense wagging. A straw-filled doghouse protected him, and in no time furry Gus settled back into it. 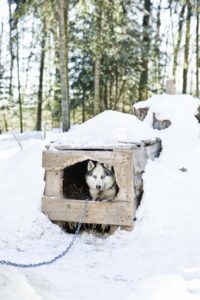 Dad knocked, yelled in as he slowly opened the door.

We heard: “Come on in, we’re in the living room.” Viktor’s Swedish accent always made me smile.

We walked through a cool kitchen, and we saw the water wasn’t running because of frozen pipes. Dishes piled high on a dirty sink and a table full of plates and empty boxes bothered me. Mom’s housekeeping never reached this point.

Walking into the living room, I noticed not only the dead plants, but the entire area looked messy and crowded. Their couch pulled out to a double bed, unmade, and close by a table stood with the remains of their breakfast. A blaring TV added to the confusion, and I noticed doors to other rooms and the stairway were closed. 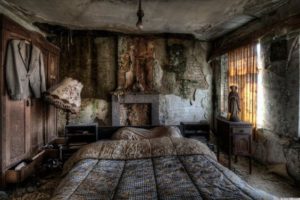 Dad made small talk as I tried stared around the room. Phoebe appeared warm enough by that wood stove, and August remained mostly under a blanket. They both seemed cheerful, but I figured it was a front. They also didn’t get many visitors so they enjoyed us, and Dad’s easygoing manner made anyone comfortable.

Dad set the eggs down, told them it was their Christmas present. They insisted on paying him the 70 cents, but he refused. “Here’s a plate of cookies from Emma, too. I’ll get the plate next weekend.” He set it next to the breakfast dishes.

The wind sneaked in through the leaky windows, I could tell because the curtains moved. Their barebones Christmas tree also moved a little in the breeze from the windows. What misery they must put up with in these days of bitter, relentless cold, with not end in sight.

Saying good-bye, I was glad to get out of there.

Dad walked ahead of me, wiping his eyes. Never had I ever seen him cry, but I didn’t say anything to him as we crawled back into the truck.

On the way home, I wondered how I’d describe this to Mom. 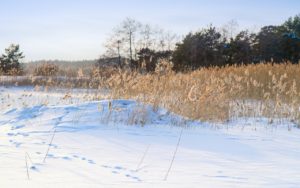 5 Replies to “A Childhood Scene of Misery near Amery”