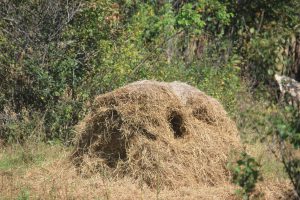 The badger den at the VanRuden farm became a test of wills, a chance to pay off a bet. Friends and I had a competitive streak, and losing a major bet meant harsh results. It was often in the $10 range which in the 60s was big money, or there were other ways to pay off.

This wasn’t just whether pretty Stacey came to school on Monday with a push-up, padded bra or whether or not Mr. Potter the math teacher had his pants zipped. The bets were bigger than that. Packers often, predicting snow-days, or who would get a job first among two or three of the country gang.

Always done at night, sometimes with Oconto Special or Wisconsin Premium beer, under a dollar for a six-pack. Or occasionally in the company of fine Muscatel wine, upwards of $1 a bottle. Sometimes, alcohol-less. We’d park away from the site and walk, and drink.

Friends and Cohorts from Amery

Let me take time here to introduce the characters involved. I’ll tell you their names since they’ll be part of future Amery stories. Low-key Bud always had a witty quip, leader Paul made great suggestions, guitar Bill couldn’t stop laughing unless it was him doing the diving, honest John, Romeo Steve, and Loren the diplomat.

One flashlight, most of the time it worked, but it was turned on briefly because we did this close to Hwy. J. We also did not want Farmer VanRuden or his family to spot us.

Each time it was only one person, someone who lost a major bet and chose den diving instead of paying up. No one ever knew if a badger or other animal was in the haystack.

Whoever had the flashlight shined it on the hole and left it on. The person had to run quickly for it to count, arms up like a dive, hitting the hole. Often the person ended with feet only sticking out of the haystack. Only twice did someone yell and scream, and that was either an act or contact with an angry and scared animal. It may have even been claustrophobia. We were too busy laughing.

Was there ever a badger in the hay pile? 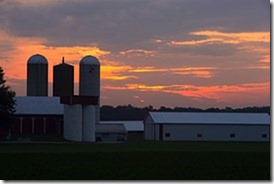