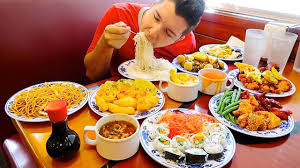 Imagine the joy of an all-you-can-eat diner, a new adventure in eating. Stepping on a scale starts it out.
The concept and company behind this new eating experience is called Scales. In the meeting room of the Amery Pizzeria, company spokespeople laid out a brilliant plan.
Becky, the friendly lady with a winning smile and a twinkle in her eye presented a Powerpoint program to the invited investors. About a dozen locals snacked the fried potato chips and drank their choice of bottled water orsoft drinks.
Next to her sat an assistant, Nancy, who couldn’t stop smiling and nodding her head. Comments from the participants, quietly, expressed the belief that these two skinny ladies probably never visited an all-you-can-eat joint.
Lou showed up looking confused, Judy walked in with a briefcase full of money, and Neil brought a notebook. Seven people came from surrounding communities, unknown to the others.
“Why should a 350-pound athlete and a skinny 95-pound woman pay the same price for the unlimited buffet?” That was Becky’s opening question, an attention-getter. On the screen, a tall, muscular man stood next to a little old lady. Becky gave them a minute to take in this idea.
Bill, a latecomer, asked the question that was on everyone’s mind: people are going to be nervous about getting on a scale in public. 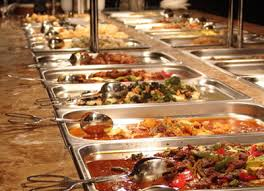 Becky told him and the rapt listeners that the weighing in wouldn’t give the number of pounds, it would give some random number—let’s say 3701. That would be the starting point, the person’s ID. When 3701 checked out and paid the bill, that person would see a readout which might read 3701 + 4. In other words the person would pay for four pounds of consumed food. That price per pound gained might still have to be determined.
Nancy, standing to speak, suggested that the name for the restaurant would be The Weigh Station. Hands went up, lots of doubts and confusion. Continued tomorrow.

————
The email sign-up is now working, though the wording still needs to be finalized. If you feel comfortable doing so, would you please sign up in the lower right box. Privacy guaranteed and if you want to unsubscribe at a later time, feel free to do so. I’ll be sending extras including later a free e-book that I’m now writing, My Humor Journey or something of that nature.