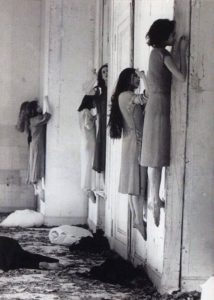 The in-laws are coming this weekend, for Easter, and they’ll do as they often do. “We don’t need beds” they once said years ago when I didn’t know them that well. I asked my wife Marilyn what that meant, and she said, you’ll see. Hard to describe, and then they arrived. They looked normal, I had met them all at the wedding. But as soon as they came in they walked around and felt the walls, and each one said “this is mine” as if declaring their territory. That was confusing to me until it was time for bed.
We went to our bedroom and they assumed their positions. Didn’t understand what was going on but had to go to the bathroom; when I looked into the living room, there they were. Hanging on the walls. And in the morning got this photo, when it was light out. They slept in, but eventually they all came down from the walls. Marilyn acted as if it were nothing unusual, and they’ve done it ever since that first visit. That’s why, when they come, we make sure we don’t ask my relatives or anyone else over. There has to be a story behind this, but it’ll take time to get it out of my wife. For now I’ll just chalk it up to one great family mystery.

Her Aunt Betty doesn’t sleep on the wall anymore but does sleep sitting up. 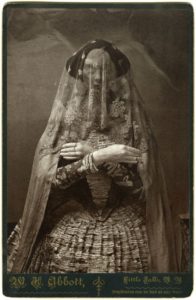 11 Replies to “The In-laws are Coming for the Weekend”