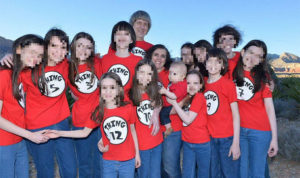 On Facebook a former classmate of the oldest Turpin daughter wrote a letter reflecting on his time in 3rd grade. The Turpin case from California involved parents who abused their children. I’ve included his name at the bottom of this post; I contacted him and he gave  permission to share this writing. On CNN today anchor Brooke Baldwin read parts of the heartfelt note.

Jennifer Turpin was the one girl at Meadowcreek Elementary that nobody wanted to be caught talking to. Every grade level had a designated “cootie kid” and she held the title for our year. She was a frail girl, had pin-straight hair with bangs, and often wore the same purple outfit. She was often made fun of by the other third graders because her clothes would sometimes look as though they had been dragged through mud, which she would also smell like on most days. I distinctly remember my entire third grade class scoffing at her one day because our teacher had asked her to discard a scrunchy she had used to tie her hair out of a discarded tin foil wrapper from an old Hershey’s bar. After that year, Jennifer moved away, and she was forgotten about after we moved on to the the next “cootie kid.”
Several years later, after high school, I found myself thinking about her again. I was bored at home and was passing the time by facebook stalking old elementary school classmates to see how they turned out, and I remember searching specifically for Jennifer. Her name was so distinct that there couldn’t be any more than a few people who shared the name, yet no matching results came up. I had naturally assumed that Jennifer was one of the lucky few who hadn’t been bit by the social media bug. I also thought somewhere, somehow, Jennifer was probably living her best life, showing up all of us gawky third graders in Mrs. Llano’s class how far she’d come. She was going to be that person at the reunion looking completely flawless and making six figures while the rest of us tried to conceal our receding hair lines and minimum wage jobs.
I feel like we all kind of have that hope that those people who were marginalized growing up (sometimes by our own hands) somehow grew past those circumstances, and essentially grew up to kick ass in real life. That’s what I had hoped for Jennifer. That she had used the insults that we hurled at her, the isolation we provided for her, and the ill-looks we gave her and used it as ammunition to forge a successful path in life. I was so sure that was what had happened, but today I was in for a rude awakening (see articles below).
I’ve been reading these articles and seeing these statements and looking at these pictures, and I can’t help but feel an overwhelming sense of guilt and shame. Of course, none of us are responsible for the events that ensued, but you can’t help but feel rotten when the classmate your peers made fun of for “smelling like poop” quite literally had to sit in her own waste because she was chained to her bed. It is nothing but sobering to know that the person who sat across from you at the lunch table went home to squalor and filth while you went home to a warm meal and a bedtime story.
The resounding lesson here is a simple one, something that we’re taught from the very beginning: be nice. Teach your children to be nice. If you see someone that’s isolated, befriend them. If you see someone that’s marginalized, befriend them. If you see someone that’s different, befriend them. We can never completely put ourselves in others’ shoes nor can we completely understand the circumstances that one is brought up in, but a simple act of kindness and acceptance may be the ray of hope that that person needs. Befriend the Jennifer Turpins of the world.
Jennifer, despite being vehemently vilified by her peers, was still one of the most pleasant people I have had the opportunity to meet. She had this whimsical optimism to her that couldn’t be dampened, couldn’t be doused no matter what anybody threw at her. That cheerful disposition is what makes me certain that Jennifer will prevail. That one day, I’ll remember to facebook stalk her, and see that she is living her best life. That despite being let down by her parents and by her peers alike, Jennifer rose above it all. And I’m going to be rooting for her, as her peer, as her classmate, as her friend. Jennifer Turpin: from “cootie girl” to “conquered the world.”

On the main elkfarm.org page, please sign up with your email address to receive additional news and a photo email.

Below, my 3rd grade class at Amery Elementary School. 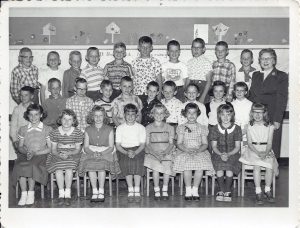