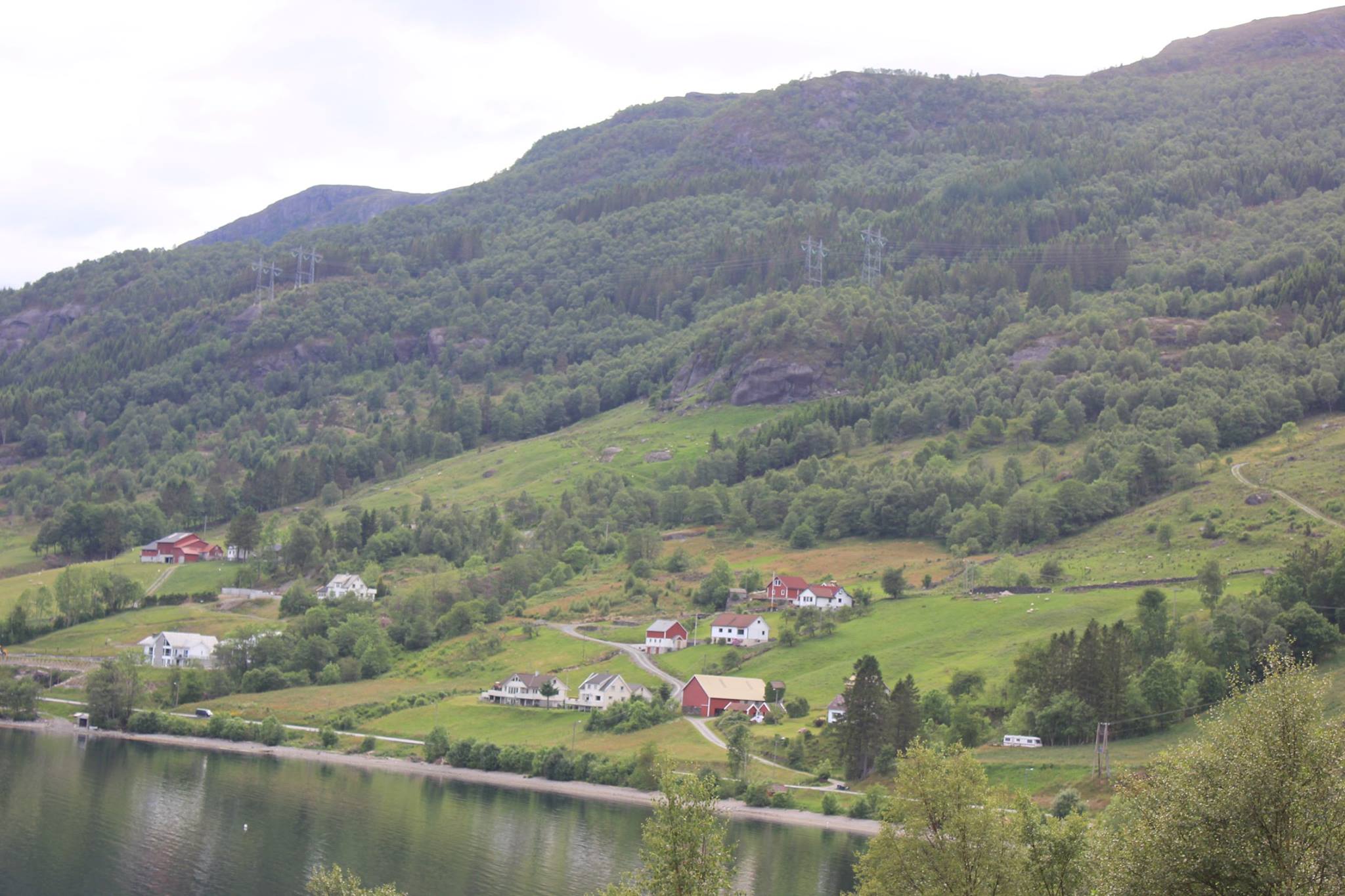 This letter from Norway was sent to my Grandpa Ole Larson from his father in August of 1895. Ole and Julia Larson farmed north of Amery, WI. Often weather and general greetings took up in the first paragraph, but it gets a little tawdry later in the letter. This is the 3rd letter I’ve posted, but that’ll be it for awhile. I hope you get a sense of what is important to those Norwegians and a little about their daily lives.

——————-
Dear son Ole,
We have received two welcome letters from you and it is to our happiness that we can receive these letters from you, and I greet you with thanks for both letters. We are glad that you have your health and that makes for great goodness. We live basically the same as before. I have been a bit better than last summer so I have traveled with salmon fishermen but have been on my own for about every third week. But the fishing is not worth while now.
Father and mother are pretty well. Mother is not as quick as she would like to be but she knits and usually works more than she should, and since Petra left she has many large and small tasks.
(He describes the haying season as rainy, poor for drying hay)
We had a letter about four weeks ago from Helene and they are well. During Pentecost Kristian and Petra visited us for eight days. This spring Borgella Stumaa died and Father and Mother went to the funeral. Lakareas Viland was very unlucky in that he fell down from a cherry tree at Lobaken and broke his collarbone and hit himself so bad that he had to be carried in, so people had to help him. It was at a very inconvenient time for him as it is haying time.

I must tell you a little bit about the life of Bjorn Osmundson from Imsland. I think that you have heard that he bought a store at Lansleid and he got Marn, the wife of Lars Ilanos, as his house keeper and it appeared that they were altogether too good friends, and after a few months it got around that she ha had a baby, but it has been hushed up all the time. In a few years it seems that Ilanos, I think, lost his mind, but he got over it and came home to find Maren and Toskin in a house that Maren had bought. Then in the winter time it seems that this Maren had stolen from the postal department and was questioned, but has not been sentenced as yet. Ilanos has not been heard from for many years so people do not know if he is alive or not.
We hear that you have gotten a comrade. You must tell us the next time that you write who it is and if it is a Normand and if he has a family and if he is married.
Lovingly Lars Pederson Aarak