This writing was a column in the Amery Free Press the week of May 15th, 2017. (Amery Wisconsin, Polk County)

“I am going to remember Amery and some of the lingering memories of a Wisconsin community that is the epitome of small town Americana.” This from Jack Harkness, AHS class of 66, Navy veteran, later high school history teacher living in Washington state. In fact he told me on more than one occasion that he used the Amery experience to connect with his class, telling them about the idea of community.
Jack wrote to me a couple years ago with an overall view of the good of Amery and followed that with memories from each of the four seasons. His recollections covered a broad variety of Amery events such as living on Arch Street with natural playgrounds galore in the undeveloped lots. And proximity to the Catholic Church made his mother happy.
The Harkness family moved from Cumberland in the late 50s, his father heading the Land O’ Lakes at the Amery Super Locker Company. Jack’s mother was a nurse at the Amery Hospital.
Memories from Jack include riding bikes or walking everywhere, everything seemed accessible. One New Years Eve party at his place had many of us later walking the streets in search of other parties, and ending up on Broadway on the east side.
He liked the idea that all the school levels were in one building, and that the city was bordered by woods, the Apple River, and the three lakes. In no time at all a person could bike to the surrounding farmland and country. 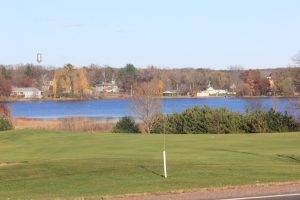 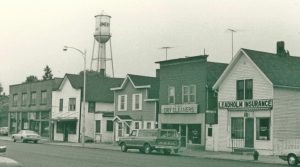 Waterskiing in the summer for him sometimes began on Pike Lake and ended up in North Twin after going through the Narrows. Also Mad Magazine, baseball cards, and other treasures purchased at Chet’s Drug Store, Danielson’s, or Burman’s Dime Store meant a little bit of kid heaven.
Little League Baseball memories. Jack recalls the teams playing games at the south end of Soldier’s Field, the old football field: Church’s Legion, Community Club, Telephone Company, and Fire Department. Later the Jaguars and others teams played at the newly built fields east of the cemetery. Jack, by the way, was a good athlete, not having to agonize over being picked last for any informal neighborhood games.
I’ll bring in Rick Framsted who wrote last week and shared his Little League experiences that stick with him 50 years later. His memories of being recruited were almost like those of a movie, with Reed Larson their mail carrier spotting him and the neighbor kids playing ball. Reed became his first coach, the Fire Department team.
“Always a free pop after the game at the field’s refreshment stand. SUN DROP.” The year their team became champs, the players rode the fire truck in the Fall Festival parade. And for him, looking at the Free Press each week for the standings and the game reports, that was wonderful.
Thanks Jack and thanks Rick for the heartfelt memories.