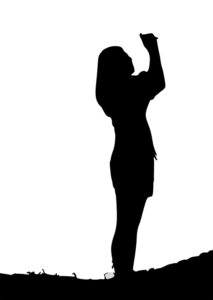 The day that sound came out, like a baby crying feebly in the rubble, stayed with me for a lifetime.

I nearly didn’t write about this, but I’ll try to tell it with class. I’m pretty sure I learned a lesson that spring day, the day my 7th grade teacher Mrs. DeNuchi and I found ourselves alone in a classroom.

The middle school area of the Amery schools occupied classrooms in the 3rd floor of the oldest building. Actually 2.5 stories up with the lunchroom halfway in the subterranean level.

Our windows opened onto the playground 30 feet above the pavement—wide-open windows, no semblance of a screen or any barrier. Of course the teacher, any teacher, was not to be seen anywhere.

From these windows we played catch with classmates below, and at the time of newly invented super balls, we experimented. These springy, responsive balls bounced higher than anything we had used before, but throwing them 30 feet down didn’t work as planned. They never came back straight, never back up to us.

The afternoon I spent with lovely Mrs. D (did I tell you she was pretty for an older lady of 45?) might have been a detention. It could have been for an offense I did or something I didn’t do in class, but I was too dense to realize it or recall it.

She and I worked on our own in the room, me ciphering problems and her decorating the room. As I finished my math page, I looked back to see Mrs. Denucci reaching high on a window to tape a picture. Nothing unusual, but then it was.

Out of her backside came a pathetic baby grunt, a little blast of air that I’d never expect from anyone like a teacher. She knew I heard but didn’t indicate anything unusual.

My question. Did teachers actually fart, did they pass gas? To me it was friends who did it every day, and loudly when no one was around, sometimes my dad, never my mom or sister, and once in awhile uncles at family reunions. Or men at the barber shop or feed mill when Dad and I visited. But not teachers, not anyone in authority.

As a 12-year-old, I wasn’t exactly a little kid, but this was new territory. Maybe teachers were a little like the rest of us, close to human. After all, Mom had been a teacher in the 30s, and I’m pretty sure she’s fully human.

The incident became my secret, not telling anyone until now. How would I tell friends, or family, about this. Just part of learning, of growing up.

Later I became a teacher.

11,472 Replies to “The Afternoon I Heard My Teacher Toot”