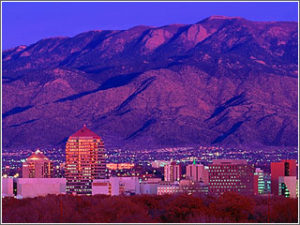 The song about Phoenix was minimal, the implications many, and “By the Time I Get to Phoenix” was a Glen Campbell hit before 1970. This Jimmy Webb song was based on a real incident, and in the mid 60s Johnny River sang it before Glenn Campbell made it even more famous.

The traveler, let’s call him Brad, had been cheated on, verbally abused, and taken for granted by this good looking but crafty Kari in LA. This happened for years, from the time they met until this day when he left.

Logistics of the drive explained

Purists say that in traveling from LA to Phoenix and then Albuquerque couldn’t really be done in a half a day, but that was one of two possibilities.

One, the spurned lover talked and sang about this with the advantage of literary license. He certainly had to travel through these areas but the trip would take longer than a part of one day.

The other option, please keep an open mind, was that he had money, we know that, don’t we? And with money he wouldn’t travel by car, he’d helicopter the distance. Luckily the nasty girlfriend, let’s call her Kari, didn’t know about his helicopter. She thought she knew everything about him but she didn’t.

Reunites with his family in Dallas

Eventually Brad made it to Dallas. There he met up with the family he deserted, his wife staying faithful and his 2 daughters grown taller but just as forgiving as their mother. Brad chose not to tell about his adventure in LA, tearing up when asked, so his wife swept the story into the closet to possibly be brought out years later.

That’s it. When I listened to the song in the car a couple weeks ago, I listened hard for details and for the stated reason Brad left Kari. It was short on details but heavy on implications. Brad savored the idea that once and for all he left Kari for good, and she was left in limbo and thought he’d show up later in the day as he always had.

There. The fictive background of that famous leaving song. Write if you heard otherwise or if you have any theories of your own.