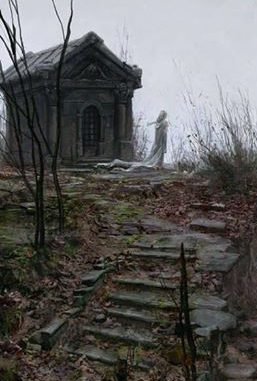 The lady down Bull Brook from our house, Freya Ermeline, lived in a stone structure next to the brook. Her diet of chubs, turtles, and an occasional trapped raccoon sounded strange when she told me about it, but this 12-year-old just listened to all she had to tell me. Greens from along the brook and from nearby fields made tasty but unusual salads. Her water came directly from the stream.

She was the definition of beauty, though getting closer to her I noticed creases on her weathered face. Her voice, deep and throaty, could have come from a radio personality. My age guess? About 70.

Baths? She washed herself in the water that formed a wide pool next to her hut. She told me that swimming and relaxing were her favorite recreation. One hot August day, as I came upon the site, from a distance I could see that she was swimming. But she was, as us guys used to say, nekkid. Clearing my throat and yelling “HI” gave her a chance to exit the pool and throw on her flowing robe.

She enjoyed our conversations and was especially happy and grateful when I brought a bullhead or two. They came from fish from the bridge near Howard Stindle’s farm. The bullheads didn’t swim this far down the brook, and she enjoyed their special taste. She’d eat a lot of silvery chubs most other times. I’d sneak salt and seasonings from our kitchen to give to her, and I brought my own eating utensils to eat meals with her. She let me leave them at her cabin.

2 Replies to “The Lady Hermit by Bull Brook”