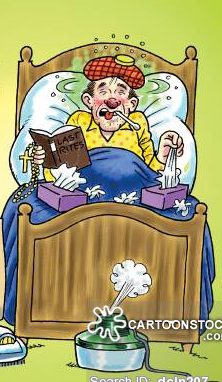 My Uncle Art fought in the 2nd World War in the Pacific,  but later he traveled back to the Philippines, trying to re-establish friendships and good times from the war. His carefree life would be dangerous to us if we read the details, eating anything and everything, spending time with world-wise women, and traveling in bug infested environments. Turns out he got sick, as you would expect, but he tried to get back to the states to recover. At the airport in San Diego he collapsed, oblivious to what was happening to him. An ambulance took him to the best hospital in the area, and for a time he lay in a coma.

Waking up one morning, unfocused and bleary eyed, he realized he was alone in a hospital room. A Bible was nearby and several boxes of tissue plus an ice pack for his head. In front of him also was a telephone next to a phone number, his doctor’s number. Feeding tubes kept him alive, but he knew he had lost a good deal of weight. Slowly dialing the number, he reached his doctor; he asked the doctor what was wrong with him.

“You’ve got several diseases that we can determine, several we don’t know what they are, and others that are extremely rare.”

Asking if he’ll recover, the doctor wasn’t sure but hoped to keep him going and get his body to take care of the nasties that were moving through his body. When he asked the doctor if he’d see him in person, the doctor broke the news to him that it was too dangerous to enter the room. Only attendants and nurses with haz-mat suits had been inside his hospital room.

“Just rest, and we’ll be feeding you pizza, lefse from relatives in Wisconsin, tostadas, and more pizza.”

“We’re only feeding you what we can slide under the door.” 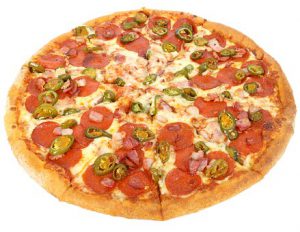