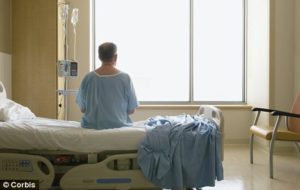 Beeping machines and the smell of sterile hospital air.
Two men shook hands, a little eye contact, one in his 80s and one 12 hours from death. Wayne looked down on Vern and asked how he felt.
Vern did the hand waver, saying, “So, so.” Pause, “But I don’t like to complain.” He never did.
At the end of his hospital bed Delores touched his foot and greeted him. That’s all.
Small talk among the men.
“When do they think you get to go home,” Wayne asked, that most often question of any patient.
“They didn’t say.”
Wayne looks around the room, taking it all in.
“Lots of things going on down here,” Vern said as he made a motion around his stomach and chest.
The nurse entered and Wayne stepped back as she set a tray of medicine on the bed table.
“Hi Patty,” Vern said. He made sure he knew the first names of everyone who talked with him, including the doctors.
“Feeling any better?” she asked as she looked directly at Vern. He shook his head.
Checking the monitors, the hook-ups, and his water container, she adjusted his pillow, she grabbed the medicine tray.
“Here’s some water,” and after that she handed him a few pills at a time, nearly a dozen different shaped capsules.
Wayne bent to whisper to Delores at the end of the bed, in a low voice. When the nurse left he moved back into place.
Here it comes, Vern thought.
“You know, that medicine raises heck with your system.”
Vern paused, not wanting a confrontation.
“I’m a hurtin’ man, Wayne.”
Pause, eye contact. No words, and Wayne just shook his head.
They talked a little more before getting ready to go.
“Well, Delores, are you ready?”
They wished him well. Delores came to Vern’s side and laid her hand on his. “You take care,” she said lightly.

Vern died the next morning, Saturday. Delores and Wayne didn’t hear about it until church on Sunday. Prayers from church members and a few words of consolation by Pastor Tom. “Funeral will be here on Wednesday.”
At the service the half-filled church was quiet and many friends and relatives as organ music comforted them.
The casket in front, the family in the front pew, and Pastor Tom spoke carefully, eloquently, and reassured the people that this good man could now rest.

The funeral directors moved the body down the aisle, almost to the seats where Delores and Wayne sat.
A few tears from the congregation along with smooth and ancient organ music.
Vern couldn’t resist. Under his breath and only Delores hearing him stated in a stern voice:
“I told you that medicine wasn’t good for you.” 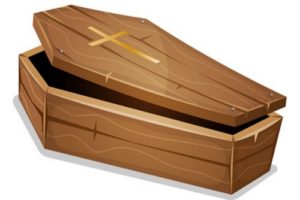 2 Replies to “Two Men and a Handful of Pills”