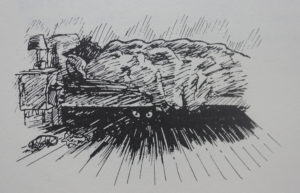 Under Billy’s bed a form emerged from a sizeable rat hole.

Dark hits early in January, and in order to survive, land urchins needed to rest in warm overnight air. Ishda was only in his 12th year, just a baby.

Billy loved going to bed, no fears ever. With his ball kerosene lantern throwing off light, he knew he had at least 15 minutes of reading time. When the fuel ran out, it was lights out, time for dreamland. 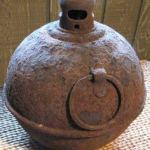 Ishda’s female parent assured him that he was safe.

“We go through this every night. The human won’t hurt you.”

A young Ishda lived with other land urchins under the house’s foundation, but small night creatures needed the warm air to grow.

“Why does he have to growl?”

“And talking to someone?”

“That’s dreams. We don’t have dreams.”

Mama, talking to him through the rat hole, assured him as she always did.

She slipped away and quickly dove under the house with the other urchins.

A few minutes of calm as Ishda’s 3 hearts settled in for the night.

Ishda heard the book drop from above, and he knew Billy was nodding off.

Billy heard rustling underbed as he stretched for his book.

The urchin spread out as a clear jelly, becoming invisible as the boy held his light down to the floor.

More reading, but soon the light faded as the fuel ran out. Billy mumbled his little swear word as he set his book on the nightstand. 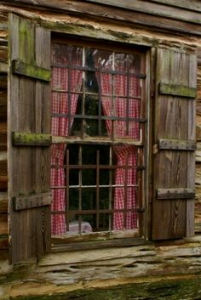 Ishda could see in the dark, and in 10 minutes he saw Billy’s hand hang over the edge of the bed. It hung there, motionless.

Ishda stared and focused on the fingers.

Moving toward the hand, he noticed the smell of sweat and meat.

Ishda licked it several times, a salty residue remaining on Billy’s fingers. It tasted and smelled like the earthworms and centipedes he regularly ate around the foundation.

“Maybe this human thing is nothing to worry about.”

Moonlight through the window comforted Ishda as he gained energy.