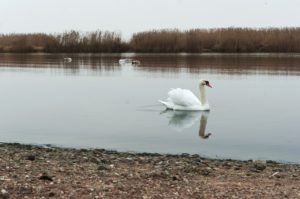 The hymn: actual name is “It Is Well with My Soul,” above is the first line of the song. Written in the mid-1870s, it’s a song of comfort and reassurance but came from an unimaginable family tragedy.

Horatio Spafford lost much in the 1871 Chicago Fire, and about that time also endured the loss of his young son to scarlet fever. Spafford, a lawyer, worked hard to assist the 100,000 people who lost their homes in the fire. In doing this, he helped rebuild the city.

In November of 1873 he wanted to take his family to a religious meeting in England. A religious family, he aimed to attend an evangelical meeting in London led by D.L. Moody and Ira Sankey.

The family, which included his wife Ann and daughters Maggie, Tanetta, Annie, and Bessie, traveled by rail to New York City. While there, Stafford was detained by matters in Chicago so the family boarded the ship and headed for England.

West of Wales their ship hit an iron sailing vessel and sunk in two hours. The 4 girls drowned but their mother clung to wreckage from the ship and was rescued. She telegraphed Horatio, “Saved Alone”.

Immediately he booked passage to England, and later while traveling over the area of the ship’s sinking told Mr. Spafford that fact. He couldn’t sleep, and in his mind he thought of the line: “It is well; the will of God be done.” Later he wrote this famous song, “It Is Well with My Soul.”

When peace like a river, attendeth my way,
When sorrows like sea billows roll
Whatever my lot, thou hast taught me to say
It is well, it is well, with my soul

It is well
With my soul
Though Satan should buffet, though trials should come,
Let this blest assurance control,
That Christ has regarded my helpless estate,
And hath shed His own blood for my soul

A pastor from the Methodist Church in Port Edwards described this even at a Lenten service sermon. Quite a riveting tale, isn’t it. 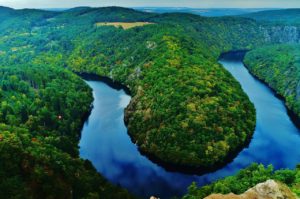