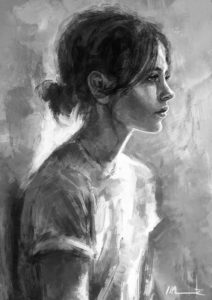 My cousin in Norway, in his 40s, said he broke the news to his 10 year old daughter that his mom, her grandmother, had just died. (He also has 2 sisters in their 40s.) Freya thought for awhile, went to her father and hugged him, saying: “Sorry, Dad. Now you and your sisters are all orphans.”

A few of my memories about death and dying

Funerals weren’t very common for me in my early years, up to my teens. My Grandpa Ole Larson died while staying at our house west of Amery, but I don’t remember any of the activities around him dying. The funeral at Our Savior’s Lutheran in Amery was a blur, and I do recall walking to the front of the church and looking at him in the coffin. Not sure if before this time he had been at the mortuary and the area in back of the furniture store, Stensberg and Williamson, in downtown Amery. No memory of anyone crying and not even a memory of going to the graveyard in Range, northeast of Amery.

I also wouldn’t have been smart enough at age 10 to figure out what Freya did in the original story.

The other funeral that comes to mind is my Uncle Lawrence losing his wife Violet about 1960. Sad time partly for the fact that my two cousins Phillip and Bernice would now be raised by my uncle who I’m thinking lacked homemaking skills. It was after that when Mom would invite the 3 of them to our Thanksgiving and Easter celebrations, even to Christmas events. My mom had a soft spot for her brother and the kids.

A writer’s thoughts on death and teen-agers

In my experience teenagers read about death and violence because they are fascinated by death and violence and as a society, we shy away from talking about it. When we talk about death – we talk it about it in a historical sense. We discuss the second world war and the tragic waste of human life, or we teach about the death beliefs of the Egyptians, but we don’t tell them what it was like when their grandfather passed away in a hospice, or what it was like when the boy from our class at school was killed by a truck while motorcycle riding. We don’t tell them what we think might happen after we die, we don’t tell them how we feel about it. We treat death like a terrible contagion. Almost as though we are risking the lives of our young if we talk about it – and I mean really talk about it – with them. It’s one of the few things that every single one of us face, and we often ignore it.

Young People are Dying to Talk about Death by Lunette Lounsberry

2 Replies to “The Young View Death in a Special Way”